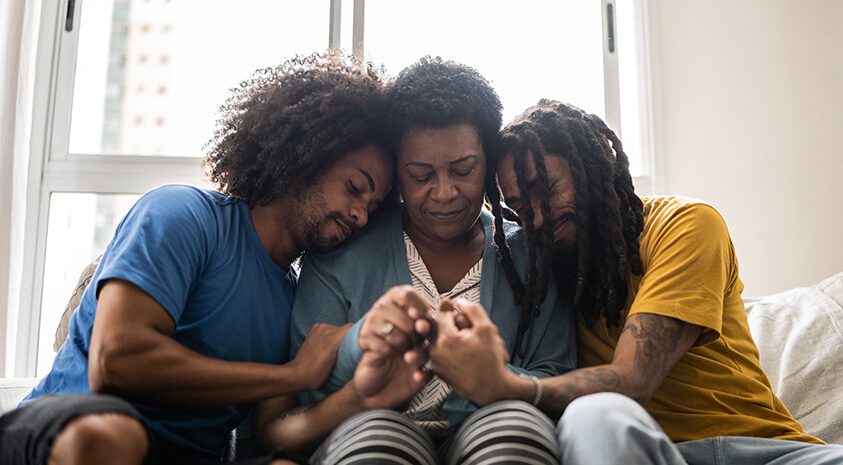 Alzheimer’s and other forms of dementia can provide unique challenges for patients and caregivers alike underrepresented and underserved communities. In fact, Black Americans are twice as likely to develop Alzheimer’s than White, non-Hispanic individuals according to the Alzheimer Association.

Among organizations focused on Alzheimer’s research and support, in 2021, the National Institutes of Health (NIH) granted funding to Washington University in St. Louis to begin conducting research that focuses on the relationship between Alzheimer’s and the Black population, as well as to begin to develop a registry of patients to aid in further studies. These efforts will hopefully go a long way toward closing the gap.

Alzheimer’s by the numbers

The Alzheimer’s Association’s Facts and Figures report from 2021 has shed light on the inequities that exist and that there is much work to be done with regard to research, treatment and care for those who are diagnosed, or likely to be diagnosed, with the disease. The report highlights:

A path forward to equitable and inclusive Alzheimer’s care

It’s not enough to simply recognize that disparities in diagnosis and care for Alzheimer’s patients exists, it’s crucial that efforts continue to improve outcomes for all populations and communities. In addition to the disparities and proposed solutions in the Alzheimer’s Association’s Facts and Figures report, the Centers for Disease Control (CDC), also recommends:

The Alzheimer’s Association has also developed a draft version of an Inclusive Language Guide for providers to reference when caring for diverse populations and interacting with their caregivers.

You are not alone

While discrimination in diagnosis and treatment are very real concerns, it’s important to know that there are many working tirelessly to improve outcomes. Let’s look at some of the partners who are working on behalf of Alzheimer’s patients and their caregivers:

Bankers Life is here for you!

Navigating a dementia diagnosis is challenging for patients and their caregivers. Concerns about finances, care plans and long term needs are but a few of the difficult aspects of the disease.

If you, or someone you love, are concerned about the impact a dementia diagnosis may have, consider speaking to a Bankers Life agent to learn about potential financial options. We can answer questions and review your retirement plans. Call us to get started (844) 553-9083.