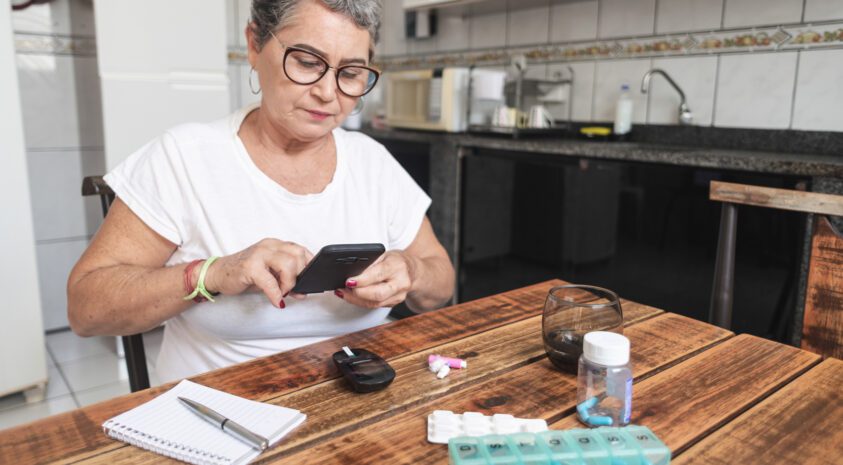 If you have diabetes, or someone in your life does, you probably know the importance of insulin to survival and you’re probably all too aware of the soaring costs for insulin. There are steps you can take to make sure you’re getting the best price.

What is insulin and what does it do?

Insulin is a critical hormone produced by the pancreas to help control the amount of glucose or sugar in your blood. Insulin also helps store glucose in your liver, fat and muscles while regulating the process of metabolizing carbohydrates, fats and proteins so your body can function.

Bottom line is it’s really important to keep you alive yet, if you suffer from diabetes, your insulin doesn’t work the way it should. If you have Type I diabetes, you’re typically reliant on injecting insulin into your body.

The need for insulin is growing

The numbers are truly staggering, which is why with soaring costs of the drug, being armed with how best to get the insulin you need at a price you can handle is a matter of life and death.

Here’s why insulin is expensive

Insulin has been around for over 100 years, so why is it so darned expensive? According to experts, it’s often because drug companies make small improvements to the insulin by changing molecules or the delivery system (pens instead of vials) and when those changes occur, it extends their patent which prevents it from becoming a generic more affordable drug.

Now with greater supply and demand chain issues, the costs continue to creep up.

Costs can be catastrophic

A study published in July of 2022 in the journal Health Affairs found that 14% of people who use insulin in the United States face what is described as a “catastrophic” level of spending on the medication, meaning that after paying for life’s essentials like food and housing, they spend at least 40% of their remaining income on insulin.

This study was conducted in 2017 and 2018 and did not include other costs related to diabetes like glucose monitors or insulin pumps so we can infer that the costs are even more than are being reported for everyday people who have diabetes.

Christine Richards of Massachusetts is on Medicare and has Type 1 diabetes. She shares, “Thankfully my Medicare plan does cover my insulin but I’m paying $300 a month for the plan. I wouldn’t be able to afford the insulin if I had to pay for it out of pocket and I don’t know how low income families manage it. It’s wrong to have your life depend on a drug that is so expensive when you know the price could be negotiated.”

Recent negotiations in the Senate to put a $35 cap on the cost of insulin for those on Medicare and with private coverage failed leaving patients with no real resolution.

What can you do to reduce costs?

Carefully study your Medicare plan and make sure you know what is covered when it comes to your insulin. Part B doesn’t cover insulin unless use of an insulin pump is considered medically necessary. Insulin may be covered by Part D or a Medicare Advantage Plan.

The Centers for Medicare and Medicaid Services have a guide called The Medicare Coverage of Diabetes Supplies, Services, & Prevention Programs which may help you understand which Medicare plans cover diabetes and give a greater understanding of the topic.

Ask your insurance provider for their formulary or drug list to see if there are cheaper versions of the drug and then ask your doctor if you can switch.

Talk to you doctor and ask if they have any samples to offer which can save you a few doses out of pocket. You can also ask for a generic version.

Another option is to talk to the drug manufacturer. You can see which brand on the side of your insulin pen or in your refill information.

For more information, check out A Beginner’s Guide to Health Insurance for People With Medicare.

BANKERS LIFE AND ITS LICENSED AGENTS/PRODUCERS ARE NOT CONNECTED WITH OR ENDORSED BY THE U.S. GOVERNMENT OR THE FEDERAL MEDICARE PROGRAM.