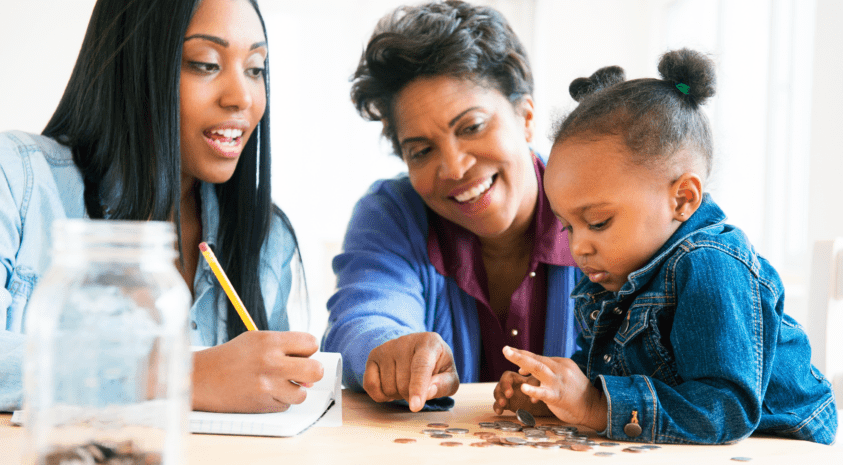 All of us fall into a generational category whether we’re Gen X, millennials or boomers, and though we’re all unique individuals, the trends of our specific generation come into play in many ways including financial literacy and how we plan for retirement.

To fully understand the generations, we have to know what they are. Below is a breakdown by birth years for each generation and age in 2022 noting that if you are born within three years on either side of the cusp of a generation, you likely have characteristics of the generation directly before or after.

*Boomers are broken into two different cohorts because the span is so large, and the oldest of the generation have different sensibilities than the younger. In the U.S., Boomers II are just young enough to have missed being drafted into war.

When it comes to finances and how each generation views financial literacy and retirement planning, it’s important to note areas that you may need to improve specific to your generation, as you plan for your future. Whether you’re just starting out in your career or wrapping up your working years with an eye toward retirement.

Investopedia conducted an online survey of 4,000 U.S. adults in January and February of 2022 which included 1,000 individuals each from Generation Z, millennials/Generation Y, Generation X and baby boomers to better understand Americans’ understanding of financial literacy on a generational level.

The survey is relevant not only because each of us fall into one of these categories, increasingly many of us are living in multigenerational households and residing with potentially conflicting ways of viewing finances and retirement planning.

Some of the findings may help you as you evaluate your own financial literacy and plan for your eventual retirement whether that’s many years away or right around the corner.

A key finding from the survey shows that although the majority of all adults reported an expectation to retire eventually, the younger adults expected to stop working at an earlier age. For Gen Z the age of anticipated retirement was age 57 and for millennials they expect to stop working at 61. Boomers who were still working predicted on average that they’d retire at age 68.

Cryptocurrency is in the mix

According to the survey, the generations are divided when it comes to how they plan on supporting their retirement. For older generations (Gen X and boomers) they plan to support themselves through traditional means like social security benefits, 401(k)s and pensions. Younger generations are increasingly viewing cryptocurrency as an avenue to fund retirement even though they don’t have deep knowledge of the subject. In fact, 28% of millennials surveyed expect to use cryptocurrency to financially support themselves in retirement and some Gen X and Gen Z respondents said the same (20% and 17%, respectively).

Retirement planning is still a priority

According to survey results, about two-thirds of millennial and Gen X adults indicated that they are actively planning for retirement, and just over half of boomers are planning.

Although it was expected that the youngest group (Gen Z adults) who are furthest from retirement age had the lowest percentage of actual retirement planning, a solid 42%of Gen Z members surveyed said they were already planning for their retirement even though they’re in their late teens and early 20s.

One take way from the study is that almost half of participants say they, “have a strong grasp of financial literacy basics, such as spending, budgeting, paying taxes, and saving, far fewer have the same level of understanding when it comes to investing and digital currency.”

Overall, 57% of adults who participated in the Investopedia survey say that they’re invested, but only 1 in 3 say they have advanced investing knowledge.

Each generational group had various lacks when it comes to financial literacy with Gen Z, the youngest generation, stating their lack of education surrounding taxes, borrowing, insurance and retirement with 34% stating that learning how to do their taxes was the most important financial skill they need.

Accessing solid ways of increasing financial literacy through education is key. At Bankers Life we have a trove of educational content on the topic of personal finance to check out. In the meantime, here are two ways millennials can build a more secure future.

A Bankers Life insurance agent can be by your side every step of the way helping you build the right retirement plan. Learn more about our services here